Watch the behind the scenes of this video in the link below!
http://youtu.be/KkptQOPEWSg

Download the song from the video on iTunes!!! It was made by "Can't Stop Won't Stop"!
http://itunes.apple.com/us/album/up-and-away-feat.-june-single/id497906849
https://www.facebook.com/cswsprovo

Film made by Devin Graham
Make sure to subscribe to my channel for new vids almost each week!
http://youtube.com/devinsupertramp

I also had several friends help film this! Here they are!

As far as making the camera look like it was "flying", I used a glidecam 2000 HD for all those shots. You can check out the exact model on their official website below where you can also buy them, and I don't get paid to say that :)

My friend Jacob Schwarz color corrected the video! Make sure to check out his channel!
http://www.youtube.com/user/jacobschwarz

A super shout out to my friend Austin who helped organize this and make it happen!

As far as a techincal level goes...

This was filmed on...
A Canon 5D Mark II
Canon 7D
Canon 60D
IPhone 4S (for one of the shots)
GoPro HD 1 cameras
Epic Red One camera (for a couple shots)

We filmed this in Moab Utah 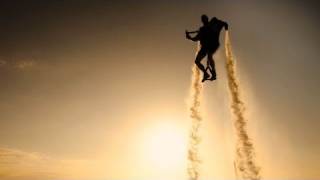